How One Couple Turned Personal Tragedy into a Ministry of Hope

At first glance, Jessica and Josh Heffinger don’t look like people who have experienced tragedy, but it was out of tragedy that their ministry was born.

The Heffingers started Glory Baby Ministry in February 2017. The ministry takes donated formal gowns and turns them into burial and memorial gowns and wraps for stilbirths and infant loss. It’s a personal cause for the Heffingers.

It wasn’t long into the visit when the Heffingers realized something was wrong. The doctor confirmed that Riley was dead and told the couple they would have to induce labor.

Their faces still wet with tears, the Heffingers walked through the waiting room where other expectant mothers sat to get to the hospital.

“I kept still trying to have hope, like, ‘Maybe they’re wrong. Maybe she’ll be fine,’ ” Jessica Heffinger said. “It really didn’t hit me until she came out.”

Afterward, the couple felt overwhelmed with questions hospital staff asked them, such as if they wanted an autopsy or a funeral service.

“We just told the hospital, ‘You can take care of her.’ And that’s one thing we regret, that we didn’t have some memorial to her or a tribute to her,” Josh said.

The Heffingers returned home to baby shower gifts. Jessica Heffinger asked her husband to put the gifts away.

The loss of Riley affected the couple’s faith and marriage.

“I feel like our faith got us through this, but we still had questions. Like, ‘How could this happen? Are we being punished?’” Josh said.

In 2011, the Heffingers had their first daughter, followed by two miscarriages in 2013. Now, they have a lively household with three little girls, a high chair pulled up to the kitchen table, baby dolls and other toys regularly clutched in tiny hands.

Jessica Heffinger said every pregnancy is scary, but they now know they are not alone in suffering the loss of an infant. Glory Baby Ministry strives to support other grieving parents.

“We’ve done our research, and we’re trying to give the parents the best experience they can have in the worst situation,” Josh Heffinger said.

The Heffingers prayed about whether or not they should start the ministry—modeled after a similar ministry called God’s Littlest Angels in Owensboro. They went forward with it, and donations of formal dresses, money and time ramped up in March.

The Heffingers realized that the loss of an infant must have touched countless people throughout the community.

“It’s become a stigma to talk about (miscarriage and still birth), and we’re trying to change that,” Jessica said.

The Heffingers talk about Riley to their three daughters and continue to celebrate Riley’s birthday, although their oldest is the only one who currently understands who Riley was. Still, the Heffingers emphasized that friends and family should respect how much or little parents want to talk about their experience.

Parents receive a bag with a gown or wrap and a keepsake with the ministry’s logo and space on the back to write the baby’s information. Every wrap and gown comes with a lamb charm sewn on it because “it means the babies are in the Shepherd’s arms,” Jessica said.

The Heffingers want to effect a positive change in the community.

“Our daughter (Riley) has changed a lot of things in our lives and other people’s lives,” Jessica said. “Seven years ago, we were asking, ‘Why? Why? Why?’ Well, seven years later and we’re seeing why.”

The couple hope the ministry will grow and help other parents grieving the loss of a baby.

“We don’t feel like God caused (Riley’s death) to happen for this reason (of creating the ministry), but instead that God is using that through us to shed some light on a horrible situation,” Josh said.

Karolee McBride, of Franklin, has been a seamstress with Glory Baby Ministry since October. She said she feels like the ministry is her calling. McBride’s daughter miscarried a baby several years ago.

“I’m grateful I can be a part of this ministry,” McBride said. “I’m at the age where I’m just tired of the busy life and people not caring, and I just wanted to touch someone.”

A lifelong seamstress, McBride said she enjoys making the gowns, but knowing where the gowns are going makes her feel blessed.

“Creating a beautiful gown is just a bonus. I get to make something that’s priceless,” McBride said.

Columbia resident Shelby Hatcher’s son died in June when Hatcher was 16 weeks along in the pregnancy. Like Jessica, Hatcher had to be induced. Hatcher said she worried her baby was so small that she wouldn’t be able find something to bury him in. But then she received a wrap from Glory Baby Ministry.

“I felt a lot better,” Hatcher said. “It was closure knowing that he had something to be buried in.”

Although the emotional pain persists, Hatcher said she takes comfort knowing that Jessica is still there for her and understands.

“It’s really made a difference to me and my husband, for sure,” Hatcher said. “I’m grateful for her and her ministry.

Glory Baby Ministry accepts gowns in any color other than red, as well as ribbon, flannel, fleece and white Kona cotton. The ministry also needs more skilled seamstresses, quilters and volunteers for marketing, mail delivery, laundromat drop off and pick up and other tasks. They also need a host site to store donated items and hold their meetings.

Glory Baby Ministry’s local drop-off center is the Hope Center for Biblical Counseling at Living Hope Baptist Church. Other donations can be made to P.O. Box 50244, Bowling Green, Ky., 42102. Visit their Facebook page for more information. 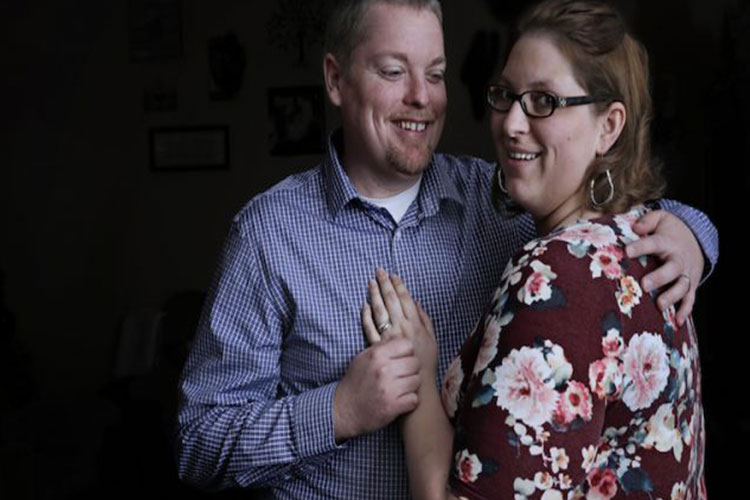 Specializing in burial gown or memorial packages for parents grieving a miscarriage, stillbirth or in

When this happens, it's usually because the owner only shared it with a small group of people, changed who can see it or it's been deleted.
View on Facebook
· Share